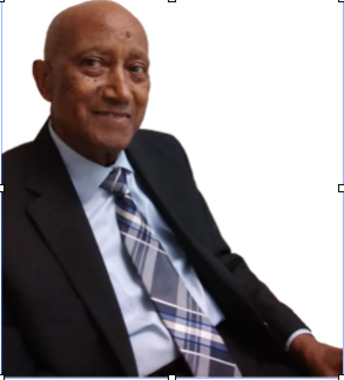 Back to Mr. Andrew's story

Mr. Andrew Kinny Daniels Sr. (83) was born on Christmas Day, December 25th, 1935 in Funston, Georgia to the late Arthur Lee Daniels and Sallie Huntley Daniels. Mr. AK Daniels transitioned from his earthly home on Monday, October 21, 2019.
Mr. AK Daniels was a well-known and respected gentleman among many. He graduated from Colquitt County High school. Later he obtained a BA of Mathematics and Science from Paine College (1956) and a MA of Science and Mathematics from the University of New Mexico (1966). He began teaching in the late 1950s and continued to teach in the Colquitt School Systems until 1992. After over thirty years of teaching Mr. Daniels was able to retire.
Andrew was a member of Williams Tabernacle C.M.E Church under the leadership of Reverend Dr. Robert Lewis where he held the position as the church's treasurer. Alpha Kappa Mu Honor Society, the National Education Association, and the Georgia Association of Educators.
Although Mr. Daniels retired from teaching within the Colquitt County School System, the lessons that he taught many continued to live own and build a memorable legacy.
He was preceded in death by his parents; and his devoted wife, Sarah Everett Daniels.
He leaves to cherish his memories two sons, Andrew K. Daniels Jr. and Don D. (Karen) Daniels Sr.; one daughter, Wanda Jean Daniels and a host of relatives and friends.
Arrangements have been entrusted to Luke Strong & Son Mortuary.
Published on October 31, 2019
To plant a tree in memory of Mr. Andrew Kinny Daniels, Sr., please visit Tribute Store.

Plant a tree in memory
of Mr. Andrew

A place to share condolences and memories.
The guestbook expires on January 29, 2020.

Joyce Childs Alderman
Dear Don and Andy,
Your father and I met as my 8th grade Math teacher. I'll always remember him as kind and distinguished. Always dressed for success. He was definitely an outstanding man in my sight. I'm very sorry for your loss.
Bill Kingree
Don - So sorry to read of your Dad's passing. Very kind and accomplished Gentleman. Hope you are doing well. It's been many decades my friend!
Kenneth Huntley

A Full Life was purchased for the family of Mr. Andrew Kinny Daniels, Sr. by Kenneth Huntley.  Send flowers