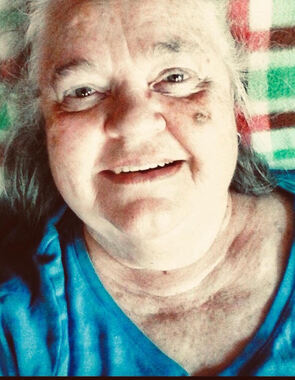 Back to Mary's story

Mary Gusta Huffman Miller,69, of Ochlocknee, died Friday, October 4, 2019 at Archbold Medical Center.
Funeral service will be held at 2:00 pm on Wednesday, October 9, 2019 in the chapel of Baker Funeral Home with Mike Hanscom officiating. Visitation will be held on Tuesday, October 8, 2019 from 6:00 pm - 8:00 pm in the chapel of Baker Funeral Home.
Born on March 29, 1950, in Glenwood, West Virginia, she was the daughter of the late William M. Huffman, Sr. and Betty Lou Navel Chaney. She was a homemaker who loved taking care of her grandchildren and was of the Baptist faith.
In addition to her parents, she was preceded in death by her husband, William Randolph Miller; daughter, Betty Amanda Rogers Downing; and brothers, William Huffman, Jr., Vinson Huffman, and Bradley Huffman.
She is survived by her sons, Teddy Eugene Kearney and wife April of Thomasville, Anthony Dwayne Kearney and wife Donna Maree of Norman Park, and Steve Dewitt Rogers, Jr. of Nashville; grandchildren, Teddy Kearney, Jr., Whitney Kearney, Samantha Kearney, Matthew Kearney, Jerry Burnham, Jr., Aaron Burnham, Tyler Kearney, Payton Kearney, Eli Kearney, Steve Rogers, III, Courtney Rogers, Harley Rogers, Mary Ann Downing, Shelli Downing, Corey Bennett, and Triston Bennett; 3 great grandchildren; and brothers, Timmy Huffman and wife Janice or Scooterville and Tommy Huffman of Thomasville.
Arrangements have been entrusted to Baker Funeral Home.
Condolences may be expressed at www.bakerfhga.com.
Published on October 5, 2019
To plant a tree in memory of Mary Gusta Huffman Miller, please visit Tribute Store.

Plant a tree in memory
of Mary

A place to share condolences and memories.
The guestbook expires on January 03, 2020.