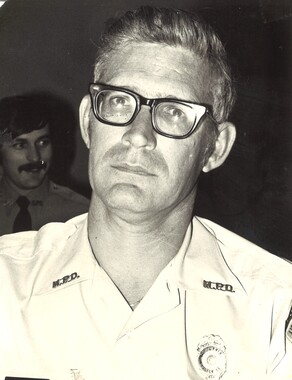 Back to George's story

George Clinton Lewis, 80, of Pavo died Wednesday December 4, 2019 at Archbold Medical Center.
A Memorial Service will be held 2:00pm Sunday December 8, 2019 in the chapel of Baker Funeral Home with Rev. Jimmy Voyles officiating.
Mr. Lewis was born June 21, 1939 in Hahira to the late Roy L. Lewis and Irene "Etheridge" Johnson. He was a retired Army Staff Sergeant, was employed for 10 years with the Moultrie Police Department and was of the Baptist Faith.
He was preceded in death by his parents and sister, Katerine Gundrum.
He is survived by his wife, Lek Leeskul Lewis; son, Chavalit C. Lewis and wife Casondra Dennis of Moultrie; daughter, Nusara Lewis McFry and husband Jeff of Atlanta; brother, Kenneth Johnson and wife Tammy of Pavo; grandchildren, Kolby Lewis and Kaitlyn Lewis.
Published on December 7, 2019
To plant a tree in memory of George Clinton Lewis, please visit Tribute Store.

Plant a tree in memory
of George

A place to share condolences and memories.
The guestbook expires on March 06, 2020.