Back to Eleanor's story

Eleanor Irene Isom Harrington was born in Moultrie, Georgia on July 8, 1932 to the late Charles Edwin "Gimmie" Isom and Annie Mae "Anne" Brower Isom. She died at Columbus Hospice on Valentine's Day, February 14, 2020 and left this earthly home to be with the love of her life and late husband, William W. "Bill" Harrington.
Eleanor graduated from Moultrie High School in 1949, then earned her degree in Elementary Education from Wesleyan College in 1953. Eleanor met Bill while he was attending pilot training at Spence Field in Moultrie and they married on May 17, 1952. Eleanor embraced her life as a military wife; she and Bill were able to travel and see the world together. She was the rock and glue of her family and she taught her children the fundamentals of life: manners, respect, responsibility, and most importantly to love one another. She also insisted that they all spoke with a southern accent no matter where they lived. Family was the center of her universe and she loved spending time with her grandchildren - spoiling them whenever she could.
Eleanor and Bill moved to Columbus, GA in 1974 after he retired from the US Air Force. Throughout her life she was very active in her community. While Bill was in the Air Force, Eleanor held various offices in the Officers Wives Club and, after moving to Columbus, she helped to form a chapter at Fort Benning. She was a member of the Exchange Club of Columbus and, in 1981, she was named as the Georgia statewide Exchangette of the year. She was also a member of the George Walton Chapter of the Daughters of the American Revolution. She and Bill were members at St. Paul United Methodist Church and in her later life an honorary member at Pierce Chapel United Methodist Church. Eleanor was a graceful and true Southern Belle who will be greatly missed by all who knew and loved her.
She leaves her loving memory to be cherished by her son, William "Chip" Harrington, Jr. (Mary) of Hayesville, NC; daughters: Anne Bruni (Alan) of Blue Mountain Beach, FL, and Susan Williams (John) of Midland, GA. Grandchildren include Bryon Harrington (Malisa), Rachael Harrington (Brett Maddox), Briggs Bruni, Terryl Bruni, Wesley Williams, Wyatt Williams, and Walker Williams. She is also survived by her beloved sister-in-law, Susan Isom, and many cousins, nieces, nephews and friends. In addition to her parents, Eleanor was preceded in death by her loving husband Bill of 61 years, and her brother, Charles "Charlie" Edwin Isom, Jr. In addition, the family would like to thank her special companions Pearlie Reynolds, Mattie Wardlaw, Nora Simms, and Olivia Searcy.
Eleanor's family will greet and visit with friends on Saturday, February 22, 2020 from 1:00 PM until 2:00 PM in the Edgewood Hall of Striffler-Hamby, 4071 Macon Rd. Columbus, Georgia. Funeral services will begin at 2:00 PM with Dr. Buddy Cooper and Reverend Lynn Meadows-White officiating. Burial will follow in Parkhill Cemetery where she will be laid to rest beside her husband Bill, her pilot and the love of her life.
The family will host a celebration of her life for friends in the Mill Room at Striffler-Hamby immediately after internment.
In lieu of flowers, the family requests donations to Wounded Warriors Foundation, St Paul UMC, Pierce Chapel UMC, Valley Rescue Mission, or the charity of your choice. Fond memories and condolences can be shared with the family at www.shcolumbus.com.
Published on February 20, 2020
To plant a tree in memory of Eleanor Isom Harrington, please visit Tribute Store. 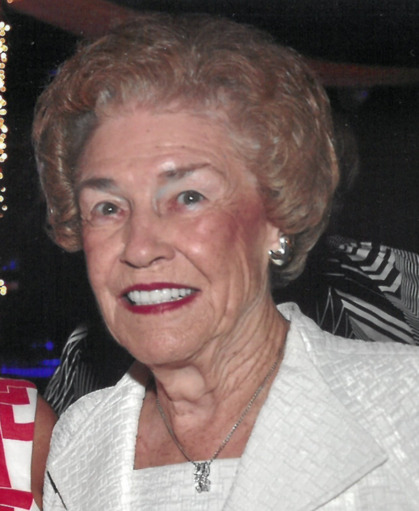 Plant a tree in memory
of Eleanor

A place to share condolences and memories.
The guestbook expires on May 20, 2020.