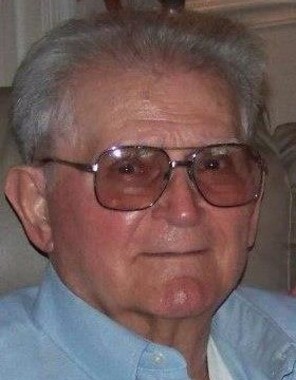 Eldon J. Swartzentruber, formerly of Virginia Beach, passed away on January 8, 2020, at Legacy Village in Moultrie, GA, where he had been a resident since August 2018. He was born in Princess Anne County, VA, on July 19, 1930, the eldest child and son of the late Jonas C. and Anna Miller Swartzentruber. On August 12, 1951, he married Laura E. Dickerson, who preceded him in death May 13, 1988. He later married Leora Overholt in Abbeville, SC, on April 10, 1993. She also preceded him in death September 9, 2006. He was also predeceased by an infant son in August 1957; four brothers, Lloyd, Norman, Ray, and Noah; and one sister, Susan.
Survivors include four sons and one daughter, David (Clara), of Middleburg, PA, Ruth (Ray Horst), of Farmville, VA, Richard (Pauline), of Ochlocknee, GA, Eldon R. (Orpha), of Sarasota, FL, and Merlin (Gail), of Virginia Beach, VA; 17 grandchildren and 25 great-grandchildren. He is also survived by two brothers, Daniel, of Montezuma, GA, and Merlin, of Ware Shoals, SC; and two sisters, Catherine, of Farmville, VA, and Bertha, of Fairview, MO, as well as a host of nieces, nephews, and cousins.
He was a long-time member of the Providence Mennonite Church, where, for many years he taught Vacation Bible School fifth grade class, and various Sunday School classes.
Mr. Swartzentruber was also a founding member of the Kempsville Volunteer Fire Department, Station 9, and served as Assistant Chief and then Chief for 20 years before moving to South Carolina in 1971. He was also a member of the Virginia Beach Fire Chiefs Council preceding the transition from a volunteer fire service to what is today the Virginia Beach Fire Department.
He was employed for many years at Yoder Dairies as a milk route salesman, and also as a plant manager. He had also worked for the Colony Farms Dairy of Newport News as a wholesale route salesman in the Tidewater area. Upon "retiring" to South Carolina in 1994, he became a favorite driver of CSX railroad crews as he shuttled them around the state for PTI Transport, until the age of 82.
The funeral service will be held at 10:00 a.m., Tuesday, January 14, 2020 at Providence Mennonite Church. There will be a final viewing one hour prior to the service. Interment will follow in the church cemetery.
The family will receive friends and relatives from 6:00 to 8:00 p.m., Monday, Janauary 13, 2020, at the Avalon Church of Christ.
Memorial contributions may be given in his honor to the Gideons International for the placement of Bibles around the world.
Friends are invited to share memories and sign the online guestbook at www.omanfh.com.
Published on January 13, 2020
To send flowers to the family of Eldon J. Swartzentruber, please visit Tribute Store.

Send flowers
in memory of Eldon

A place to share condolences and memories.
The guestbook expires on April 12, 2020.