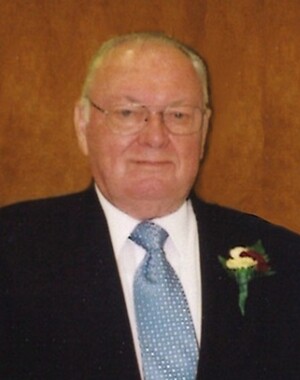 Back to Alton's story

James Alton Marshall, 86, of Tifton, went home to be with the Lord on Wednesday, February 8, 2017 at Tifton Health and Rehabilitation Center surrounded by his loving family. Funeral services will be held at 11 am Saturday at Northside Baptist Church in Tifton with Dr. Fred Evers, Reverend Charles Parker and Dr. Steve Johnson officiating. Burial will follow at Oakridge Cemetery. The family will receive friends from 6pm until 8pm Friday in the chapel of Albritton Funeral Directors. Pallbearers will be Corey Roberson, Braden Weeks, Casey Marshall, Jim Adcock, Doc Cates and Mike Chason. Honorary Pallbearers will be Neal Adcock, members of the Senior Adult Sunday school class and the deacons of Northside Baptist Church. Mr. Marshall was born in Chula, Georgia on May 14, 1930, to the late Jim L. Marshall and Dollie Ross Marshall. He was preceded in death by his grandson, Dustin Charles Sumner, granddaughter, Sharon Rose Roberson, and his brother, Aubrey C. Marshall. Mr. Marshall was a graduate of Tift County High School, Abraham Baldwin College, and Georgia Tech where he studied drafting, real estate and business administration. He was a Veteran of the US Army, as a Master Sergeant and served in the Korean War with the 7th Division 31st Infantry. During this time he was awarded 5 ribbons and badges. He fought in the battle of Heartbreak Ridge, Pork Chop Hill and Iron Triangle. Mr. Marshall was deeply moved by his time in the service and often remembered those he served with and his love for his country by sharing these personal stories. He worked for Sunbelt Plantations including Adcock Pecans for 55 years, and during his tenure he held many responsibilities in various positions to include: building supply, tourism, pecan sales, and real estate. Mr. Marshall was also in charge of organizing and setting off the massive display of fireworks each year for Crystal Lake. He also had a huge impact on residential development around many subdivisions in Tift County, assisting to build more than 300 homes over his career. He was passionate about his work and continued to work part time until September of 2016. He was a member of the Exchange Club, American Legion, Tift County Chamber of Commerce and Tifton Real Estate Association. He loved his work and instilled his work ethics on everyone he worked with. Mr. Marshall was an active and dedicated member of Northside Baptist Church for 62 years. He served the church as a Deacon, Sunday School Director, and sound engineer. He was on almost every building committee during his years of service. Mr. Marshall was instrumental in establishing the Spanish churches in Tifton and Omega and drove the bus for many years to transport children and adults to the church. He served on two mission trips to Jamaica and one to Africa. He loved his church and lived his life as a great Christian example. Mr. Marshall had several hobbies that he enjoyed during his retirement. He loved working in his wood shop where he built many beautiful bird houses, and other wood worked items that were given as gifts to family members and friends. He treasured his grandchildren and great grandchildren, who lovingly called him "Pa," and always made special trinkets especially for them in his shop. Another favorite hobby was tracing the lineage of his family. He researched his family history long before the use of computer technology was available. Alton and Joan spent the latter 30 years of their marriage traveling the world. They were able to visit all 50 states, and many countries. They were blessed to visit the Holy Lands and Alton often spoke of that spiritual journey. He also took great pride in his home, and worked almost each day in his yard alongside Joan. Mr. Marshall is survived by his beloved wife of 65 years Betty "Joan" Marshall, son, James O. Marshall, daughter, Sue and Ricky Roberson. Grandchildren: Kelly and Jay Daniell and Corey Roberson and fiancée Elaine Dean. Great grandchildren: Braden, Colin and Lauren Weeks. His sister, Ann and Zalene Stillwell, Brother, Alvin and Nancy Marshall, his aunt, Eloise Marshall Curles and many cousins, nieces and nephews. He also had a special place in his heart for his three cats Brownie, Blackie, and Tom. He loved his family dearly and always put them ahead of himself. Flowers will be accepted or donations may be made to the Northside Church Building fund. Donations may be mailed to Northside Baptist Church 4605 Murray Ave. Tifton, GA 31794. Albritton Funeral Directors is in charge of the arrangements. You may sign the guest registry at www.albrittonfuneral.com.
Published on February 9, 2017
To plant a tree in memory of Alton Marshall, please visit Tribute Store.

Plant a tree in memory
of Alton

A place to share condolences and memories.
The guestbook expires on May 10, 2017. 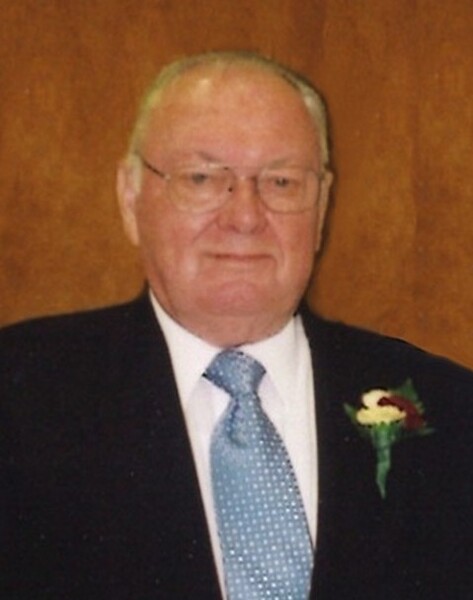